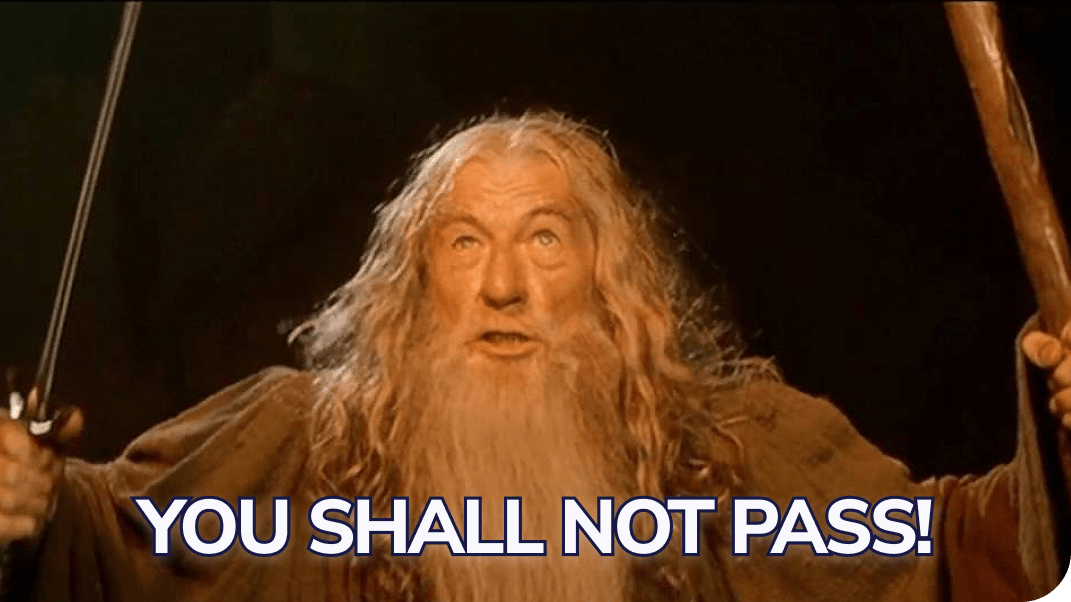 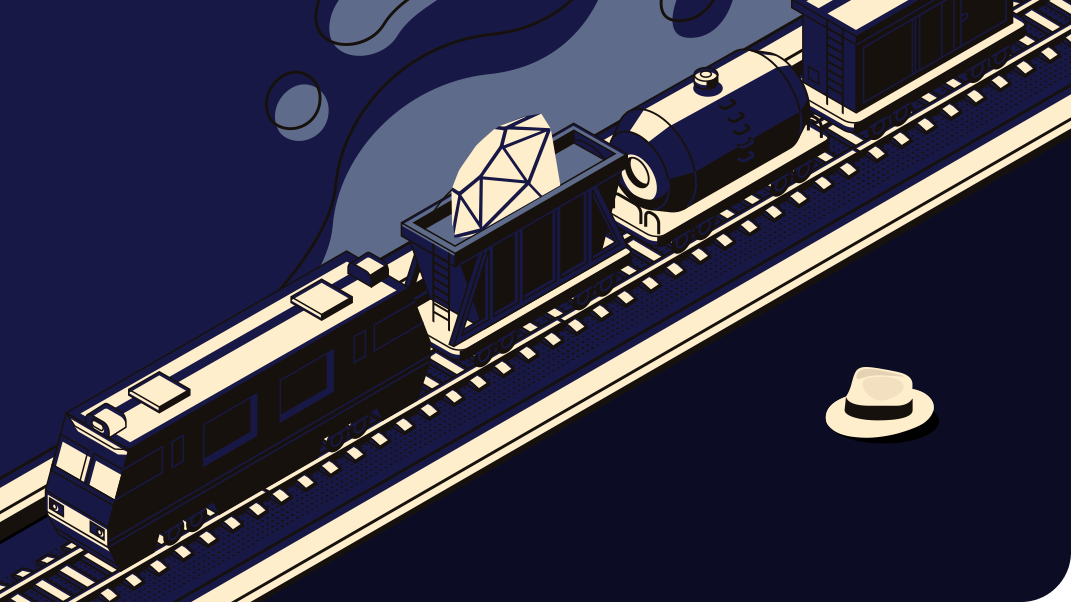 There is an old saying: If your only tool is a hammer, every problem looks like a nail.

Using the right tool for a job sounds like common sense, but picking the right tool to achieve your ambitions with as little effort as possible is one of the most significant challenges in business, especially when it comes to programming.

The most popular choice isn't always the best one.

For example, every time we start implementing a new application at Devōt – one of the most important decisions to make right at the beginning is which technology we should use to facilitate the easiest implementation.

If our goal is to create a web application, and Ruby is the pre-decided programming language – which framework will make our job the least complicated and most efficient?

If you've ever done any programming in Ruby, you must have come across the widely popular Ruby on Rails framework. However, being the most popular doesn't make any program the best solution for your business.

A great programmer should know the best tool for a particular job. Among many other choices, one framework particularly stands out when choosing the proper Ruby-based framework for app implementation – the Sinatra.

If you're one of the people who starts every project in Rails by default, this is a topic for you - because sometimes it's just overkill; and perhaps you could benefit from trying out an alternative framework.

The big question here is: how to decide which framework is the most reasonable solution in a specific situation? The answer lies in the specifics of the application in question. More precisely, it depends on the complexity of the project and its size. By the end of this blog, the answer will be perfectly clear.

Sinatra vs. Rails: similarities and differences

The Ruby on Rails framework was implemented in 2004 by David Heinemeier Hansson. Its main characteristics are the use of an MVC (Model-View-Controller) architecture and emphasis on the use of the DRY (Don't Repeat Yourself) principle, which aims to avoid repeating any part of the code or the Active Record layer of the system responsible for representing business data and logic.

This framework includes everything needed to create database-backed applications according to the Model-View-Controller pattern and works as a writing model framework.

On the other hand, Sinatra is a web framework and DSL (Domain Specific Language) implemented in Ruby by Blake Mizerany in 2007. It wraps a lightweight HTTP Request / Response layer on top of Rack and is a library for dealing with HTTP from the server-side.

Some well-known applications implemented in Rails are:

On the other hand, Sinatra has been used to implement the following:

What do Sinatra and Rails have in common?

Before answering the question about when to use Rails and when to use Sinatra, let's start with their similarities.

Apart from the obvious – the use of Ruby Programming language – they both use Rack, middleware, which provides a minimal, modular, and adaptable interface for developing Ruby-based web applications. Specifically, it filters the requests and responses that come into the application, located between the client and the north.

What are the main differences between Sinatra and Rails?

First, Sinatra is much more lightweight and requires fewer resources, making it an excellent choice for building smaller, lightweight apps - while Rails is packed with features and comes with a lot of code. It's suitable for building complicated web applications.

Because of its lightweight nature, Sinatra is very flexible and allows us to build and implement simple apps with much less effort. On the other hand, Ruby on Rails is full of various functionalities and comes with a large amount of code, so it's a decisive choice if we want to implement a complicated application in a short amount of time.

Further, the differences are apparent when we look at the application structure in Sinatra and Rails. In Rails, the application is strictly structured, the layout of files is pre-defined, and the MVC architecture is used by default.

On the contrary, almost nothing is pre-defined in Sinatra, and each application can be structured in a way we deem best for the project. Therefore, we can conclude that Sinatra is the better choice when we don't want to commit to a strictly defined layout of files and folders but want to adapt it to our application – while Rails is more appropriate if it's important that the application has the MVC architecture.

After looking at the main similarities and differences, we conclude that it's best to use Sinatra to implement simpler, smaller apps, while larger and more complex applications are reserved for Rails. But, of course, we shouldn't be fooled by such simplification – because every Ruby developer is familiar with Ruby gems.

These open-source libraries contain Ruby code and are packaged with a little extra data that gives pure Ruby additional functionalities. Therefore, by adding ruby gems to the Sinatra application, we can easily add functionalities we need to Sinatra – those which are available in Rails by default.

Getting the work done faster vs. understanding the background – the guide for beginner developers

This leads us to a new realization – that even in Sinatra, we can implement more complex applications, but, obviously – it's easier to do that in Rails since it already has extra functionalities implemented and requires no additional work to add them.

One important point when comparing Rails to Sinatra is the time factor. If the goal is to start app implementation as soon as possible, Rails is the way to go. It has plenty of functionalities already implemented, and it saves a lot of time - we can say Rails is convention over configuration, and it allows the magic to happen.

Since it contains much more libraries, Rails has a significantly higher rate of dependencies and security risks. In addition, the pure number of gems included in the app implies a higher chance of security flaws in some of them and the possibility of a certain gem becoming unavailable – which can literally break your project, as we recently saw with the mimemagic gem.

When we talk about the time factor - Rails enables a beginner to enter the world of programming much faster. Although, we must emphasize that they will hardly understand what is happening in the background.

On the other hand, if our goal is for a beginner to understand the background and all of the behind-the-scenes finesses of programming – such as connecting a project to a database or configuring servers, Sinatra is our framework of choice. The reason is quite simple – as previously stated, to achieve the functionalities Rails has by default, Sinatra needs to use numerous Ruby gems – and the developer needs to be skilled enough to connect all these added functionalities in Sinatra.

So, what is the right tool for the job?

Of course, Rails will make the implementation of Ruby easier for the developers in time-sensitive and complex projects, and it's an excellent choice for training beginners to start programming as soon as possible - assuming they will learn the background processes over time.

That said, Sinatra makes our job much easier in cases of the implementation of smaller apps or apps in which we want a customized document structure instead of imposed MVC architecture. Moreover, it is undoubtedly a better choice when we want a beginner to learn from scratch how all the essential parts of the application in the background work.

At Devōt, we regularly use both frameworks – depending on the project scope and goals. So if you have any questions about the two frameworks or have trouble choosing between the two, feel free to contact us, and we will try to help you.

Securing passwords is a must for developers at all levels. How to create a safe password and add an additional layer of security to your password? Learn more on hashing and encrypting your password.

The Key Questions Your Product Discovery Workshop Should Answer!

In Devōt, we believe that if you start your project right, you need to have thought-out answers to some key questions. Also, you and your development team should have a mutual understanding. That's why investing the proper time and dedication in planning your project is essential.